Houston Texas Flying Spiders: What Are They & Should You Be Concerned?

Flying spiders, or ballooning spiders, take on the air to move from one location to another. They are called flying spiders, but these arachnids are not actually flying. Using a tactic called ballooning, spiderlings release silk into the air that catches the wind and carries them to new locations.

With the help of their trail-like silk and the warmth of the late spring wind, they navigate to their new habitats. Flying spiders are typically seen in North Texas and in the Hill Country area, but it’s also possible to find them around Houston.

Flying Spiders: What are they?

In general, spiders have the capacity to lay hundreds of eggs at a time. These eggs usually hatch in 2 to 3 weeks, depending on the species and season. Once baby spiders emerge from the eggs sac, they stay close to their nesting area for many weeks before traveling to new places.

They normally stay within the egg sac until they go through their first molt.  After a few more days or weeks, the spiderlings start to disperse and explore new territories. Through a method called ballooning, they take on their first journey away from their birthplace.

Some adult spiders undergo ballooning as well. Garden spiders, for instance, use this strategy to look for potential mates in other locations. If you see a flying spider in your yard, don’t be scared. These little arachnids don’t pose any threat and are nothing to be concerned about. 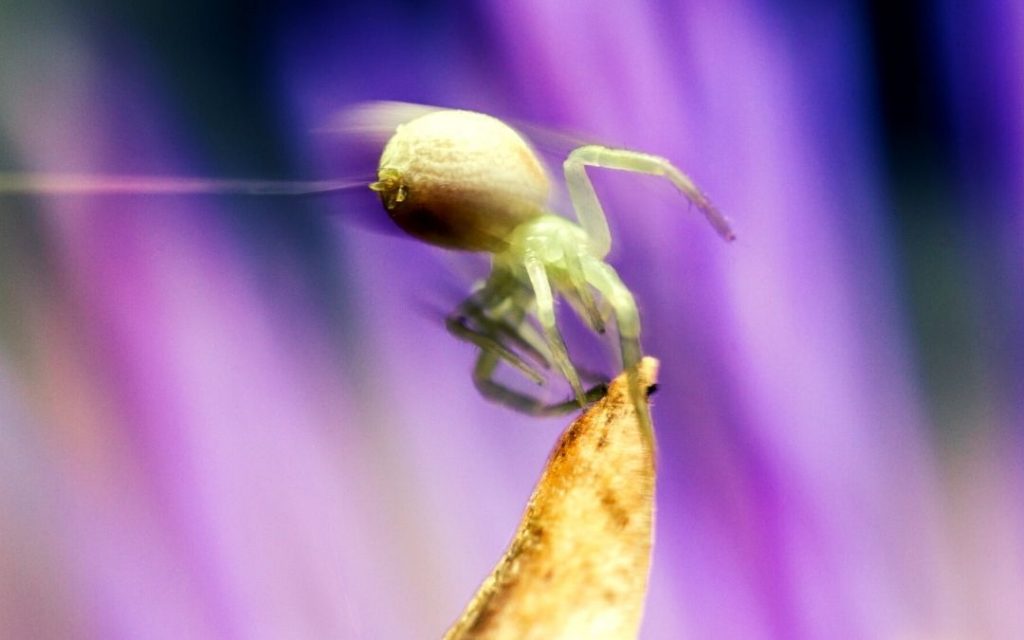 It is a form of transportation that allows the arachnids to hitch a ride on their silk, allowing light wind to carry them in various directions. Basically, it is a way for them to disperse, and find new habitats. Both adult and baby spiders are capable of practicing this.

Spiderlings climb to an exposed, elevated area, raise their abdomens to the sky, release strands of silk, and then float away. These creatures can “fly” for thousands of miles. They can even land on water and survive afloat.  The spider’s ability to balloon is considered a species survival tactic since it allows them to explore new habitats.

When the eggs hatch, the babies are packed into a small area and are super hungry. Competition may lead to cannibalism. Thus, safety and hunger force them to move to a different spot by “flying.” To survive, it’s imperative for them to move away from their parents and birthplace.

While the mere sight of a spider may cause many people to shudder, they are an important part of our ecosystem. There is no reason to fear flying spiders. They are harmless and don’t pose any threat to humans.

However, if they set up shop at your house, it’s a good idea to give us a call. We can perform pest treatments to ensure they, and other pests, don’t invade your space.