What Do Rats Eat? A Guide To Houston Rodents & Their Feeding Habits 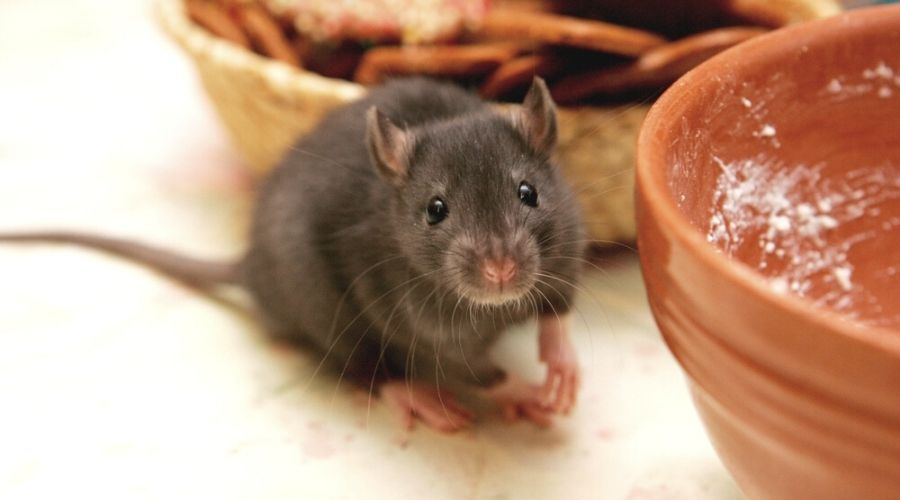 Rats are among the most unwanted guests you can have in your home or building. Unfortunately, when these rodents have nothing to eat outside, they elect to enter your house in search of food. So, what do rats eat? More importantly, how can you prevent them from scurrying through your pantry? In this article, we will answer those questions and more.

What Do Rats Eat

Rats are omnivores, which means they are perfectly comfortable eating both plants and animals. Generally, rats tend to follow a more vegetarian diet when they have the choice. However, when their environment limits their access to food, rats will eat anything they can find.

For example, a rat living in a rural environment is likely to mainly eat fruits and seeds. But if they come across a dead animal, they may feast on that too.

In contrast, plants are often less available for urban rats. Naturally, in response, a city-dwelling rat tends to eat more meat and scraps of garbage that humans leave behind.

Clearly, rats are not highly selective in their dietary choices. Yet, that does not mean they don’t have some preferences. In the list below, you’ll find some of the foods that rats enjoy eating most:

If you have any of those foods in your home, know that a rat is willing to snack on them. Later on, we’ll tell you how to stop that from happening. First, let’s learn a bit more about rats.

Rats are a breed of rodents similar to mice. Compared to other rodents and animals in general, rats tend to have impressive intelligence.

One example of this is a rat’s remarkable memory. They are known to map the layout of specific rooms in their head to help them find a variety of foods. Thanks to that ability, they won’t have any issue finding your food once they know where it is.

Along with a smart mind and a good memory, rats have some admirable physical capabilities as well. In particular, they can climb trees and fit through small spaces. Both of those traits make it easier for rats to gain entry into your home.

Rats complement their agility and sharp minds with equally sharp teeth. Those teeth grow continuously throughout a rat’s life. That means that rats always need something to chew on to file down their chompers. A tree, or your furniture, works more than well for this.

Depending on the species, rats can come in a variety of sizes. For instance, the largest rat in the world is the Gambian pouched rat, which lives in Africa and can grow to a length of three feet. 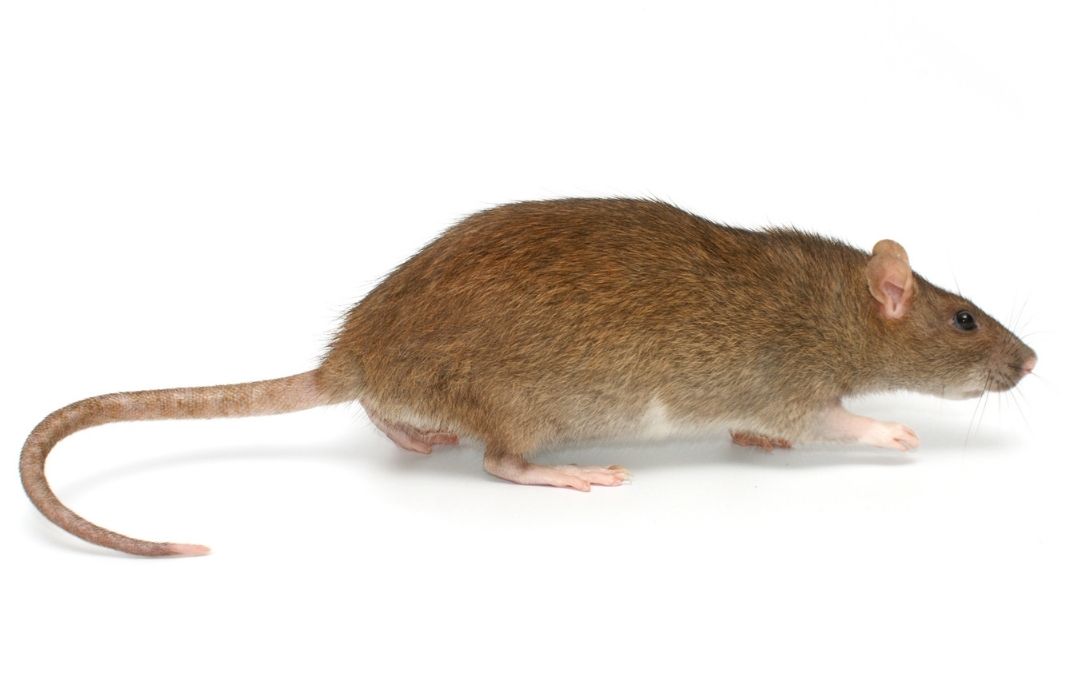 The coat of a Norway rat tends to be a shade of dark brown or grey. These rats like to spend time close to the ground or digging underground. Due to this behavior, they are more likely to live in your basement or close to your foundation.

Norway rats are very social, which means that they often live in groups. Given this, they will usually build their burrows near each other, then go out at dusk to forage for food. 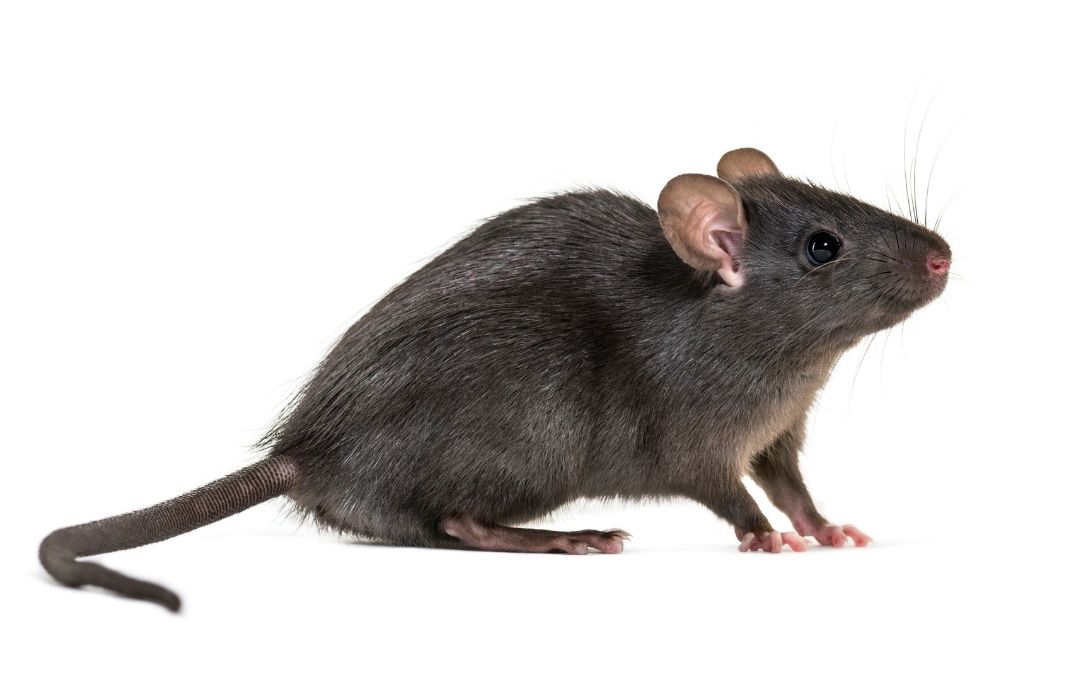 Compared to a Norway rat, a roof rat tends to be smaller by an inch or two. They also have a darker coat that is sometimes entirely black. The underside of the roof rat is typically lighter than the rest of the fur.

Roof rats live above ground and have a tendency to climb trees and poles to hunt for food. The fact that these rats are frequent climbers is the reason for their name. It also gives a clue as to where you might find them in your home.

Part of the reason that people despise rats so much is that they have a reputation for carrying harmful diseases. While many generalizations about animals are false, this one is worth observing.

Rats have a long track record of carrying diseases and spreading them to humans. The most notable example of this happening on a large scale was the Black Death, also known as the black plague. During that time, rats helped spread this plague, which went on to wipe out a significant portion of Europe’s population.

However, it is important to note that the Bubonic Plague is not the only disease that a rat can carry. In fact, there are several dangerous diseases that a rat may have. Below are a few of the most notable ones:

With so many harmful diseases, keeping rats out of your home is of critical importance. Let’s explore the best way to do that.

How to Avoid Rat Infestation

Now that you know some of the dangers of having rats in your home, it is time to learn how to prevent them from getting in. Unfortunately, these methods aren’t a guarantee that rats won’t try to enter your house. But they will make it much less likely.

Start by keeping your outdoor areas clean. Since rats live outdoors, to begin with, the items in your yard are what might attract them to your property first. Avoid storing birdseed or pet food outside, and make sure that you don’t leave unsealed trash outside either.

Next, you should clean the inside of your home. We know that rats are attracted to food. So, make sure that you store your foods in air-tight containers. Sweep the floors regularly so that there are no crumbs that a rat might like as a snack.

After keeping the inside and outside of your home clean, you should evaluate the exterior of your home. Look for any small openings that a rat might use as a point of entry. Be sure to seal off any entry points.

Even if you follow these directions, it is still possible that you could get a rat infestation. When that happens, the only way to make sure that your house is rat-free is to contact your local pest company. They can provide you with a year-round pest protection plan.

How to Bait Rats

If you have the unfortunate experience of finding evidence of rats in your house, you might want to bait them. There are a few items that tend to be most effective in baiting rats:

Rats have a habit of tasting small parts of food before they commit to eating it. Try leaving a few types of bait out to let them get a taste of what they like. Once you know their favorite, use that in your traps.

You should also pay attention to the size and shape of the bait you leave. Try to leave them in pieces small enough that a rat’s paws could manage easily. You might also want to break your bait into thin pieces that may be easier for the rat to hold.

How to Get Rid of Rats 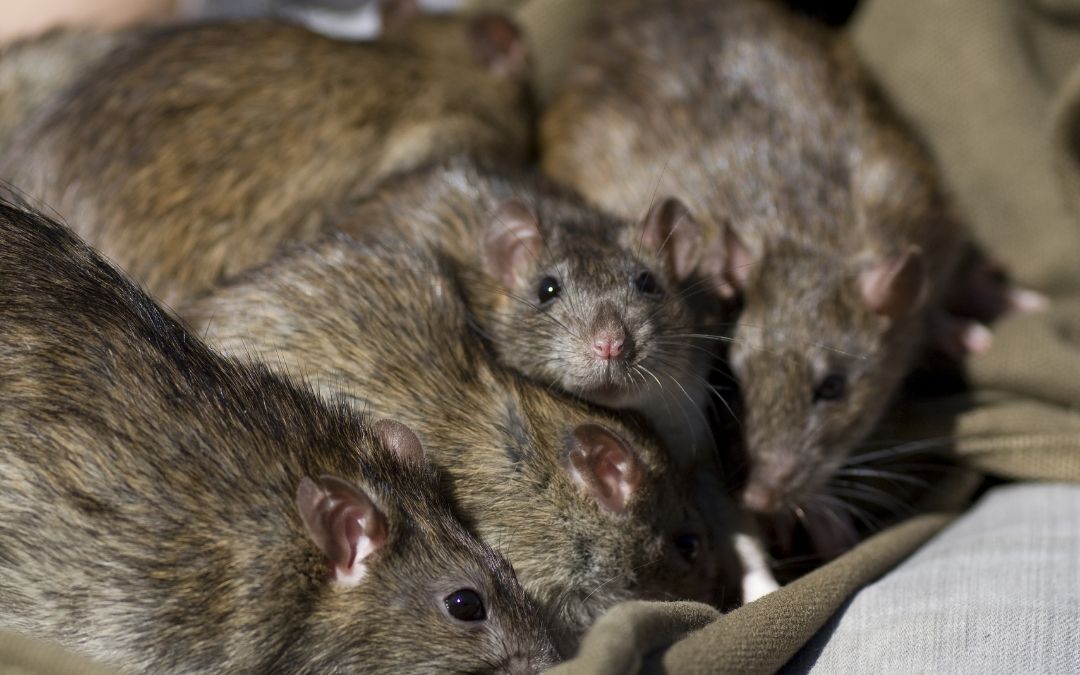 With a firm idea of what bait will work well for the rats in your house, you can consider the kind of trap you want to use. Fortunately, there are several types of rat traps on the market. Each of these options has its advantages and are usually readily available in stores:

Regardless of the trap you choose, your main goal is to get rats out of your house. Considering rats carry severe diseases and can cause plenty of damage, the sooner they are gone, the better. If you try traps and they don’t work, consult your pest control company for additional help.

To complete your rat knowledge, we have included a few of the most frequently asked rat questions. Read on to find out the answers to these standard rat inquiries.

How Long Do Rats Live?

Rats often live a short life. In the wild, where they are exposed to predators and other dangers, a rat’s lifespan may be only two years. A domesticated pet rat will typically live a few years longer.

What Attracts Rats to Your Yard?

The most common reason a rat would be attracted to your yard is if you have food scraps there that they might enjoy. Garbage is one of the main sources. That is why it is important to keep your trash sealed. Pet food and birdseed are other reasons. Think food, water, shelter. Rats will be drawn to any place that has water for them, food to snack on, and a place they can hide.

What Attracts Rats to Your Home?

There are several reasons a rat would be attracted to your home. Beyond the food, water, and shelter requirements, rats are also seeking warmth in the winter and cooler air in the summer. Also, your home has materials that rats like to chew on to file down their teeth. If you live in Texas, and need a Houston rat exterminator, give Stampede Pest Control a call. We service all of the Houston, Austin, and Dallas Fort Worth areas.